We crawled out of bed and the hut (literally) early on Friday morning, got in the car and drove off to Manzini. Every time I go through a border post I immediately expect everything to be different but Swaziland looked just like South Africa. Only difference we have noticed was the people who were significantly friendlier and they LOVED Bertus.

The country itself is smaller than Gauteng and driving from south to north does not take long, even at 60km/h. If we disliked speed-bumps before, we hated them now. They are everywhere; before, in the middle and after an intersection, before and after a slight corner  (sets of at least 4 when the corner is slightly sharp), before, during and after a small settlement (a house in a 1km radius counts as a small settlement). Then they just randomly place a couple driver alert strips for good measure every few kilometers. Those strips are probably x10 worse than a speed-bump because it sounds like the car is going to fall apart. Heaven knows how Bertus will keep itself together when it gets on its first corrugated road.

We reached Manzini an hour or so later where we were greeted by a welcoming party of traffic officers. An amiable looking fella indicated that we should stop. He approached and asked for Clayton’s license which he promptly handed over. Happy that Clayton has a license, he walked over to my side of the car and checked the license disk and number plates. Content that the disk matches the plates, he took position at the front of the car and proceeded with his version a roadworthy check. He asked Clayton to put his lights on, then the brights, left indicator, right indicator and hazards. If he was going to do this check at the back of the car we will be screwed – Bertus does not have reverse lights. It is not that it does not work – it does not exist. Apparently back in 1971 VW thought it not necessary for their drivers to be able to inform other road users of their intention to move backwards.

At this stage the cop was getting annoyed with the fact that everything thus far looked to be in order and as a last check he asked Clayton to hoot. Crap… A mega watt smile that will put Julia Roberts to shame broke out on his face when he heard Bertus’ pathetic attempt to hoot. Happy that he now has something to fine us on he walked over and stated that a hooter must be loud enough to be heard at least 90m away. I did want to point out to him that he was standing only 10m from the car so how can he be sure it cannot be heard 90m away but I thought it wise to keep my mouth shut. With a grave expression he informed Clayton that he was now under arrest and would Clayton mind getting out the car? After a tense couple of minutes he laughed, said he was kidding but still took Clayton over to another chap with a book. Just our luck to get the only traffic officer with a sense of humour. While he asked Clayton how much he would pay for this very serious traffic offence he noticed a car with a smashed windscreen slipping by his colleagues and he proceeded to follow the perpetrator on foot. When he came back a couple of minutes later he told Clayton to pay R40 and to get his receipt from the other cop – he had bigger fish to fry now. We drove off with strict instructions to get the hooter sorted out.

Without meeting any other law enforcement officers we arrived at Lidwala Backpackers on the other side of town where a friendly staff member showed us around. The backpackers did not really have a campsite so we pitched our tent in a quiet spot in the beautiful gardens.

We spent the next day exploring the area and doing typical touristy things. At the famous candle shop where we saw how a they mold soft wax in just about any shape imaginable in just a couple of minutes (that made the R500 for a candle seem just a little excessive). Clayton also entered into gentleman’s agreement with one of the curios shop owners to sell Bertus – depsite the fact that we did not even talk about the price he informed us that he will enough money in November, do we mind coming back then?

We were rather fed up with Bertus at that stage and would have considered giving him the car if not for the fact that we would be stranded in Swaziland. Bertus started to give issues again, backfiring, losing power and only wanting to drive with a little or a lot of petrol. As always there is someone who had a beetle who had issues. We were fortunate enough to meet a chap that experienced the same thing with his beetle a few years ago. He told Clayton to clean the points and condenser which he did when we got back to the backpackers and lo and behold it actually worked. It would seem that the fine dust we encountered at Kosi bay stuck to the points which had an effect on the electrical current that ran through them which in turn caused the misfiring. 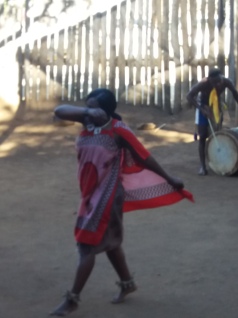 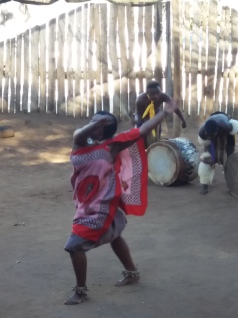 By some miracle I was able to convince Clayton that going on a cultural tour will be a good idea. It was at during this tour that I realized how much of a feminist I really am. Swazi women had it bad back in the day. They were only there to see to their husbands’ every need and then the guy was allowed to have more than 1 wife as well! Some of the bizarre practices were:

Any man on the tour with us who dared to make any sort of remark or joke about how that is the way it should be got the Look from me and for the rest of the tour they tried to look sufficiently outraged at these sexist practices.

We were about 2 weeks too early to witness the annual reed dance where nearly 120 000 girls from all over get together to dance for the King so that he can choose a new wife. It would seem that some things never die but we were told it is very unlikely that he will take a new wife.

I am going to end this post here because I am getting all worked up again and poor Clayton is the one that suffers at the end of the day.