We had a pretty slow start to Malawi, spending 8 days not doing much really but it at least gave us time to process what we’ve experienced in Mozambique. Sometimes when we go from one place to the next and then to the next stop again, my brain feels overwhelmed and it is only later (usually when I write the blog post) that I actually process it. Unfortunately the slow internet made it impossible to upload anything. 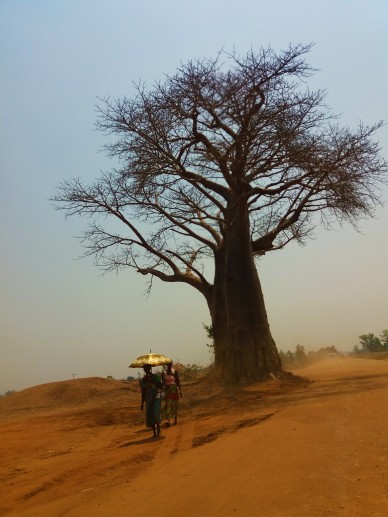 We left Blantyre for Liwonde National Park on the 23rd of September – which would be our first touristy stopover in Malawi. After following our trusty Garmin for about an hour we realized that the GPS was even more lost than we were. We were pretty sure that we did not take a jeep track to Zomba the previous day. Luckily Maps.Me was able to assist and we got back on the main road in no time. This however meant that we got stopped at nearly every roadblock. It wasn’t so much stressful than just time consuming as every cop wanted to know about Bertus, then they hear we came from Cape Town so that started the conversation on when they were in SA then it went to where we stayed the previous night and then where we intend to stay that night. Turns out the best tourist info centers are the cops next to the side of the road! Occasionally they would ask for Clayton’s driver’s license and once for the Carnet (which was again right at the bottom of all our luggage). With a friendly wave and a reminder to come back this way because they want to buy the car when we are done with the trip, we would drive off only to be stopped another 40 minutes later.

If you think the drive will take about 4 hours, add 2 hours more. The 120 km took us all day so with our relatively late start in Blantyre and our Garmin-fail we arrived in Liwonde just as the sun was about to set.

Baobab Backpackers is located on the edge of the Liwonde National park but there aren’t any fences so you basically camp inside the park without paying the park fees. As an additional bargain we were also able to do some wildlife spotting from the comfort of the viewing deck that overlooked the river and river bank. (The deck captivated us until early evening when Matt, Marcia and her mom,Manuela, (hereafter known as M3) arrived.) 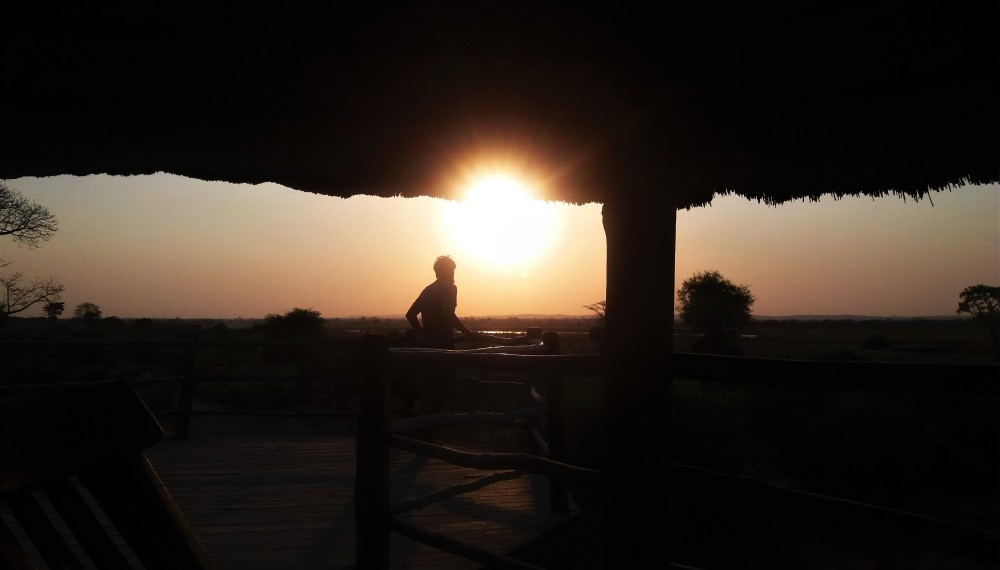 When we arrived at the camp one of the staff members showed us around and warned us about animals that come and visit, especially elephants which showed up earlier that day. Excited about the prospects of ‘harmless’ wildlife roaming in the camp, we naively went to investigate the green pair of eyes not more than 60m from where we set up camp. Armed with torches the 5 of us inquisitively made our way closer to the eyes that surprisingly enough did not run away from us. It was only when we were about 10m away that we saw it was a hyena that looked curiously at us, probably wondering why we were not running away!

Doing a quick 180 degree turn we quickly made our way back to the ‘safety’ of our camp, briskly walking/stumbling in the dark over the now surprisingly bumpy terrain. Those with the torches kept looking behind them to check if the hyena pursued which left the rest of us completely blind. Clayton and I had a minor altercation about this (he had the torch). Apparently protecting his back was more important than showing me were to go and not break my neck in the process. His reasoning basically followed the ‘I just have to be faster than you’ logic…

After the unwanted (but much needed) reminder that we are now in a national park we quickly changed our camp setup – lifting the tent from the ground to the top of the roof.

The next morning we had to be up at 05:45 for our kayak safari on the nearby river. Despite waking up at 05:00 nearly every morning for the last couple of weeks, when the alarm went off it seemed ridiculously early but it was worth it though!

We got up close and personal with some hippos (that did not seem as pleased as we were to make our acquaintance), elephants and buffaloes that casually munched away at the green grass, only lifting their heads every now and then to check out the people in kayaks. 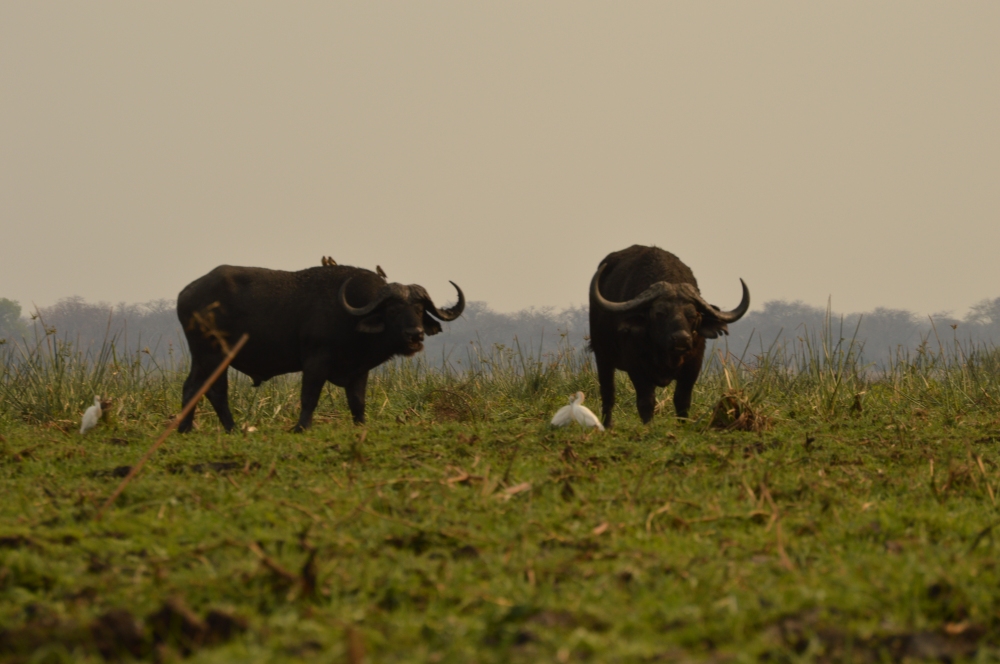 The bird life on its own would have been worth the money with many kingfishers, storks and fish eagles. 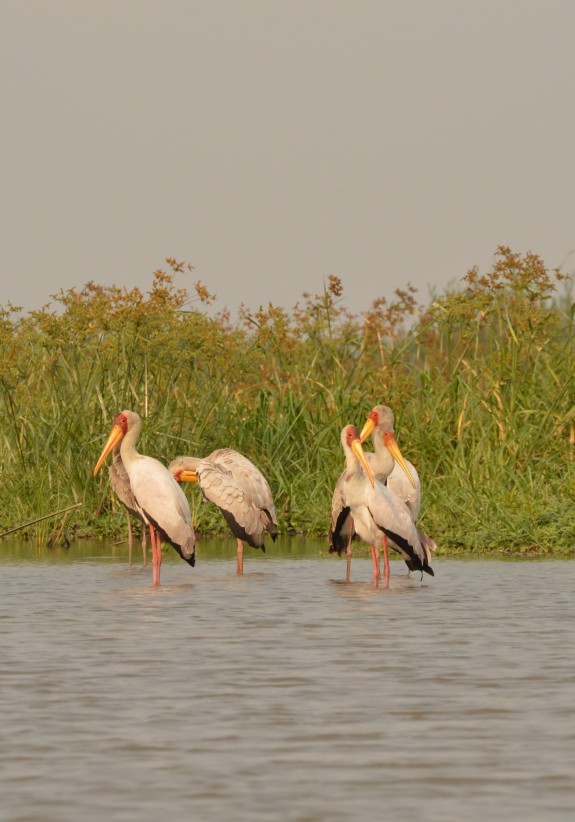 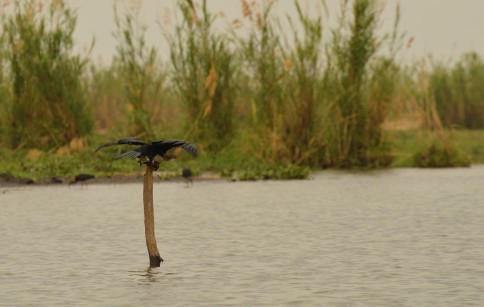 After the 2 hour kayak trip M3 went for a game drive through the park while Clayton and I took our positions on the lookout deck that we had to ourselves the entire day. Using one of the game rangers binoculars, we saw more elephants, waterbuck and nearly 30 hippos on the shore.

In between the game viewing we read – Clayton finally discovered that reading is actually not a waste of time but instead a rather enjoyable activity. For someone that use to lose interest after 1 chapter (that took weeks to finish) he managed to finish a book and also started on his second one for the trip. He is now the one sneaking away to go read ‘just one more chapter’!

Not going on a game drive paid off for us when a herd of elephants made their appearance on the opposite bank. 20 elephants including a baby, no higher than my hip, spent ages in the reeds. Since we were separated by the small (dry) river bed that had a relatively steep embankment (for a human) we decided to walk over to them.

Once on ground level we realized how massive they are (and how small this river is). They easily climbed up the embankment, first the one who was lazily followed by the rest. No longer on safe ground we slowly moved back, just a bit and while Clayton made his way to the camp to get the camera I continued to follow the herd (also heading to the campsite) on foot.

When they stand no more than 10m away from you, you realize how easily this massive thing can kill you but yet, the chilled out vibe they gave did not make me feel unsafe. It was only when the guard saw us so close to them and started shouting at us to move away, that they got a bit irritated and we were forced to make our way back to the lookout deck (the stilts it was on would have been an easy pushover for the smallest of elephants so I am not sure why he thought that would be safer).

While we sipped on wine that tastes like vinegar we watched these giants slowly making their way through the camp – not in a hurry to get anywhere in particular. The majority of them did not leave until late in the evening so our walk back to the campsite was quite eventful with branches breaking every now and then, just a couple of meters away from us, indicating a beast nearby.